I moved to Arma Reforger in September 2020. I was initially responsible for converting the old Everon heightmap from Operation Flashpoint to Enfusion and its modification to adapt the island to modern standards. The whole process was done in World Creator, a terrain generation tool. 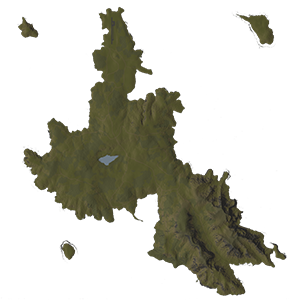 My focus later shifted to location design and exploring new pipelines. I designed the southern part of Everon, including various towns, nature locations and the well-known castle.

Along the designing and manual work on the island itself, I was exploring a new way of developing large open world terrains for Arma series. I was hugely inspired by the GDC’s Procedural World Generation of Far Cry 5 presentation and sought the similar approach for Arma terrains.

However, the Houdini approach was later moved aside in favor of manual polygon GIS-style generation.

I worked on the following locations until my departure in November 2020.

Arma Reforger was developed by Mnisek office of Bohemia Interactive with a support of other offices, including Brno. The game is powered by proprietary Enfusion engine and was released on May 17 2022, for PC and Xbox Series X/S.

Everon island is based on Krk island in Croatia. I visited the island in 2021 to admire the land I helped to create.