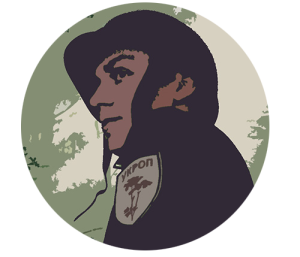 My name is Jarek though I am more commonly known as Defwen online. I am passioned level designer with a focus on realism, authenticity, and believability. I just love when things make sense, just like in real life, and players can learn something they didn’t know before.

I kickstarted my level design journey in 2013. I created multiple custom maps for Red Orchestra 2: Rising Storm and I was an active member of the modding community. The maps were highly appreciated by players and it allowed me to turn my hobby into a job.

I joined Bohemia Interactive – Brno in February 2016 as Junior Level Designer to work on Malden, an island for the upcoming free-to-play game Argo and eventually the Arma 3 DLC. Malden was successfully released in summer 2017 and I moved to Vigor.

I worked on several maps from initial design to release, including optimization for Xbox One and the creation of placeholder models in modeling software. Apart from level design, I also designed and overlooked the development of Bohemia’s own plugin for level analytics. In summer 2019, my attention was needed somewhere else – Enfusion, Bohemia’s new engine. I participated in designing features alongside the work on an unannounced game. I also explored new world design pipelines and procedural terrain generation.

In September 2020 I decided it was time for a change. I followed my friends and long-time coworkers to the newly founded THQ Nordic studio.

Since December 2020, I am a Senior Level Designer at Ashborne Games in Brno, Czech Republic where I am working on a not yet announced title.