Malden was my first released work at Bohemia Interactive alongside a standalone game Argo. I joined the team during Malden’s pre-production phase in February 2016 and begun to work on Argo specific locations. In summer 2016, when it became clear that Malden should be released for Arma 3 as well, I was given the responsibility to lead the team and finish the Malden for Arma 3 and Argo. 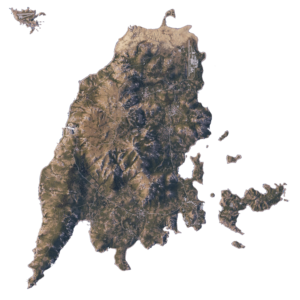 Malden is a 62km2 large rocky island based on Lefkada, situated in the Mediterranean sea. In Arma’s lore, it forms part of the Maldenian Islands, together with Everon, Nogova and Kolgujev. The terrain is downscaled and further edited to suit our needs. The new version of Malden benefits from Argo’s infantry focus and suits the best for infantry combat.

Arma 3 Malden DLC was released on June 22, 2017, for Windows PC on Steam and was received positively among the community. After the release, Malden’s team was merged with the team behind Altis and Tanoa to support the development of Vigor.