Yonabaru is my second and largest map for Red Orchestra 2: Rising Storm. The map offers a large variety of areas such as airfield, town and factory. It’s inspired by real-life location on Okinawa and the battle of the same name in 1945. 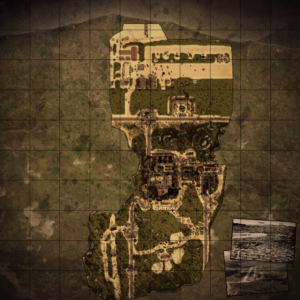 Map gameplay spices up scripted events I created in Matinee. Players can experience a squadron of aircrafts flying above their heads, an air raid or kamikaze to a ship nearby. Such events were greatly received by the community and made the map memorable.

I decided to release a beta version on June 28, 2015 and adjust the map according to players feedback. The last version, Beta 7, was released on February 9, 2016. Yonabaru was highly appreciated by the community and is ranked by five stars of five on Steam Workshop.

“I can’t tell whats cooler in this map the locations the tank blowing up in the start or the planes flying over head.This is a fuckin awsome map it should be an offical map”