RybaStation is a custom map for American’s Army: Proving grounds and my first map released to the public. Set in a metro station, one team tries to bring a valuable flag from the underground station to outdoor while the other team needs to stop him. 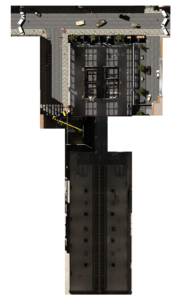 The map was created when I needed a break from the development of Mayako but I still wanted to do something that might be used in the future. RybaStation was, in the end, a testbed for Steam Workshop pipelines.